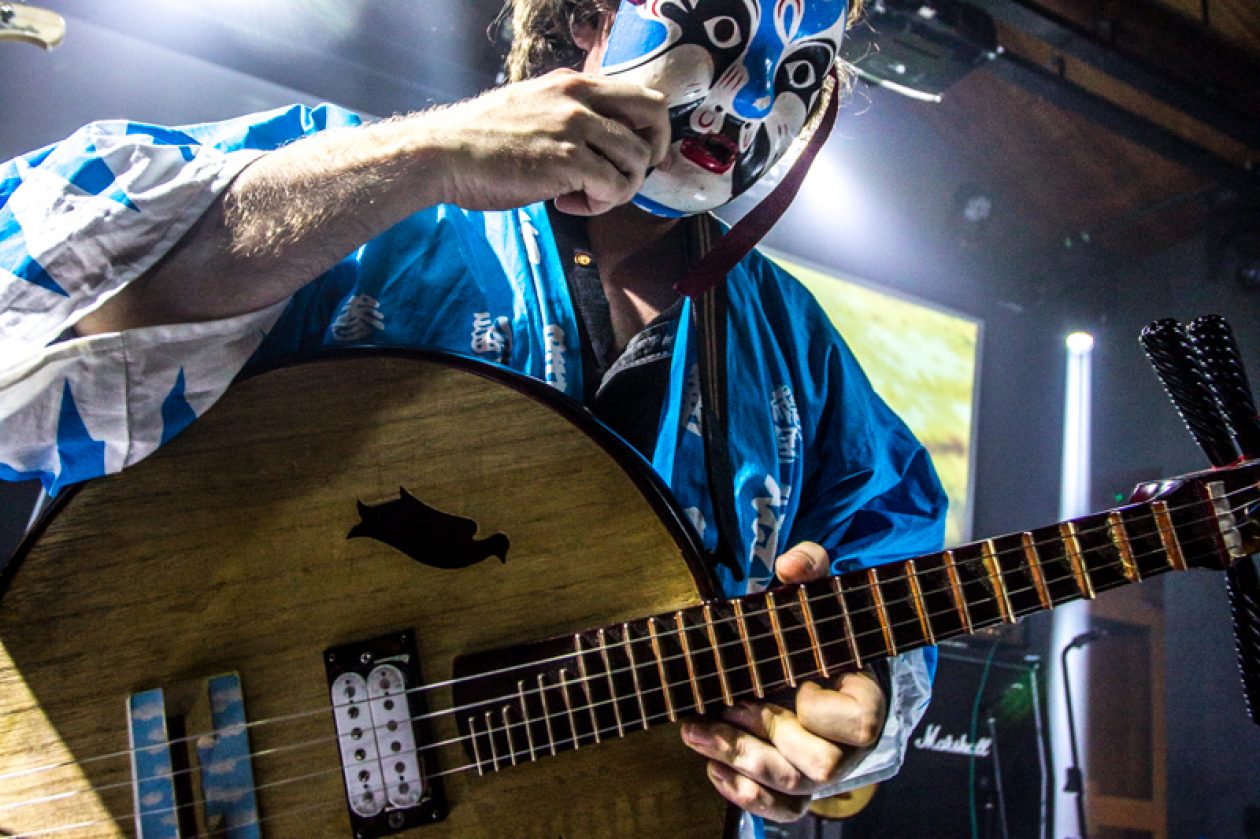 While learning Chinese in France and China in the late 90’s, Djang San (Jean-Sébastien Héry) was playing rock music in Bordeaux, France. He then started to mix East and West and found a way to modernize Chinese instruments to get them into his own music.

“Re-inventor of Chinese classical instruments zhongruan, guzheng and pipa, composer, guitar player, one man orchestra, drummer, bass player, music pioneer and explorer of new sounds, Djang San (Jean-Sébastien Héry) has been doing music in Asia since the year 2000. An artist with many faces, Djang San has also won the battle of the bands in Mainland China and Hong Kong against 100 bands in the year 2011.

Djang San has so far released 50 albums, the music styles of the albums range from Jazz to electro, rock, classical music, experimental music and more. Creator of a theory of intelligence, the personality of Djang San takes many different shapes in his many different projects.

As a trio, Djang San plays electric zhongruan, guzheng and electric pipa and he is accompanied by a drummer and a bass player. Djang San + Band is an extension of Djang San, a trio based on electric versions of Chinese instruments he has created himself.”

Apart from winning the Battle of the Bands in Asia a few years ago, Djang San was nominated as « Best Folk Singer of the Year » by China Radio International in 2014.

Djang San has played countless festivals and toured in Mainland China, Japan, South Korea, Malaysia, Hong Kong and Taiwan since 2008, he sometimes plays in France as well. He has played hundreds of shows as a one man band, as a trio and in different formations.

Here are some tours and Festival he has played:

« What you want » Music Video:

Djang San has released more than 50 albums since 2003, some of those albums are distributed online, some are on CD, but they are all on Bandcamp, so don’t hesitate to buy them directly from there.Discography: http://djangsan.bandcamp.com/

Here is an introduction video made by a Chinese newspaper that received more than 400,000 views that will explain his music. Djang San is regularly invited to play on TV in China and has been the subject of five documentaries and shows on TV and internet in China for various Chinese TV channels and websites, he is regularly interviewed by the press in and outside of China.

Category: An overview of Djang San