A few things this time.

2) A Music video contest for bands in China http://china.musicdish.com/musicdishtv/ 视频音乐大赛

3) A video on youtube for my latest live recording http://www.youtube.com/watch?v=hTOKiJXfhho

Wuhan Daze, Shanghai Blaze – AIS & “La Fete de la Musique”
Her boyfriend took her back, but every time JS would get close to the front of the stage, she would grab his leg and try to jump back onstage

There we were, 3 guys on a plane setting sail for Wuhan. Upon arrival, we met what the weatherman had already grimly predicted: rain and more rain. But we didn’t want that to dampen our spirits; and it didn’t until it was time for us to go to the venue for the sound check.

Already because of the weather, the venue was changed from outdoors to indoors. So that night we were to play in Wuhan’s biggest live venue, the Vox Livehouse.

For those of you who are familiar with Beijing venues, it’s a kind of mix between Mao livehouse (with it’s gritty rock atmosphere) and D22 (with its 2 floors and grotty, graffiti covered bathrooms).

But as you might have guessed, the biggest problem was getting there: it took us nearly 2 hours to get a cab since all streets were flooded. We did finally manage to get there even though our cab broke down. When we started our show at 9pm, we were ready to rock. The crowd was pretty rowdy and occasionally some beer was thrown (luckily not at us). That night was hip-hop night, so our repertoire was not supposed to fit in, but it did!

People were excited to see us play, and at one point, a girl jumped on to the stage and started to try kissing with JS (Zhang Si’an) amongst other things. Her boyfriend took her back, but every time JS would get close to the front of the stage, she would grab his leg erotically and try to jump back onstage.

“Babies,” “In the Park,” “Escape,” and all the other songs were met with great enthusiasm, while “This Day” mellowed the predominantly hip-hop audience out. After the show, we didn’t have too much time to stick around as we had to find a “boat” back to our hotel in order to get ready for our morning flight to Shanghai for our second show.

We didn’t find a boat, but we did manage to find a taxi that broke down after 15 minutes – 2nd one in one day! It was all right though as we got back to our hotel and caught some zzz’s before boarding our plane.

In Shanghai, we were greeted with considerably less rain and Gabriel from the French Consulate in Shanghai. He took us to a nice old western style hotel that once provided accommodation to the likes of Albert Einstein and Zhou Enlai. Zhang Si’an used the opportunity to play some Zhongruan to mesmerize the guests in the lobby.

After practicing a bit and getting our instruments tuned up, we headed to the venue located in the city center of Shanghai’s “Xintiandi.” Only this time, it wasn’t in any rock livehouse, but in the lower level of a fancy shopping mall. It felt kind of a strange having to play there on a stage erected between all kinds of (French) luxury goods and watching passing shoppers watch the bands with mild interest. There were, however, seats arranged and there were plenty of people on them.

JS started with a solo set of his own music in Chinese including songs from his new project where he mixes elctro and folk music doing loops. He really got the audience into it, also playing on the Chinese instruments Zhongruan, and even getting the Chinese audience to sing in Chinese and clap their hands with him.

After opening the set with our usual song “Intro”, the crowd went wild and it felt like our songs had never met with such enthusiasm. We finished the show with our cover “Caravan” and wrapped it up with our version of Beethoven’s “Ode to Joy” which certainly left the audience on a joyous note. Especially, when we started playing with our guitars on the ground, and our drummer Mao Mao started to beat that drum and did an amazing drum solo, like there was no tomorrow!

After the show we headed to our next gig at Mao livehouse in Shanghai. We’ve played in the Beijing one many times, but were curious to see what it’s about here. Mao live house Shanghai didn’t disappoint! It was huge compared to its little brother in Beijing, with excellent sound and 2 floors. Quite a few bands had already played before us, so the audience was pretty warmed up. It’s easy to impress a crowd in Beijing as we are used to playing there. But this was new territory and we had to play out of our comfort zone. We had to wait before getting on stage as other bands were playing before us. We couldn’t wait to perform as we were tired after two days of playing and traveling. Maikel took out his cigars out and we started smoking to celebrate.

I think we were so annoyed of having to wait so long that it put us in one of those moods where we urgently needed to play and scream our hearts out. As soon as we got on stage and strummed the first chords of music the crowd got wild, and I could see people were thirsty for more and we played our hearts out.

All in all, this small tour was a great opportunity to meet people and make new fans in southern China. To all you nan fangers (Southerners) over there: AIS salutes you!

The AIS and Zhang Si’an would also like to thank all the people and the “Fête de la musique” in Wuhan and Shanghai who made it possible – we hope to be back there again very soon!

A Music video contest for bands in China

A video on youtube for my latest live recording “Live at the Library”: 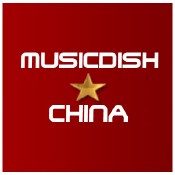 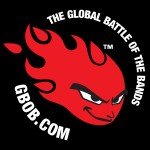